Our practice is based on our belief that all human beings have the natural right to travel and work as they will.  We exist to help secure these rights in compliance with the law.  Most of the firm’s clients are foreign medical graduates and research scientists, but we do represent clients from all walks of life.

Most foreign medical graduates and scholars who come to the United States for graduate education are subject to the two-year foreign residence requirement of Section 212(e) of the Immigration and Nationality Act.  Other J-1 exchange visitors and their J-2 dependents are also subject to this feature of U.S. immigration law.  This can sometimes create great burdens that we  concentrate on solving.

We have won J-1 visa hardship, persecution, and no objection waivers for clients from all over the world.   As of October 2017, the firm has had 606 J-1 waiver victories from 83 countries (in green) for an overall 94% success rate.  However, each case is different and the past record is no assurance that the attorney will be successful in reaching a favorable result in any future case.  To find out your chances of success, send an email to Mr. Schmitt introducing yourself and explaining your situation. 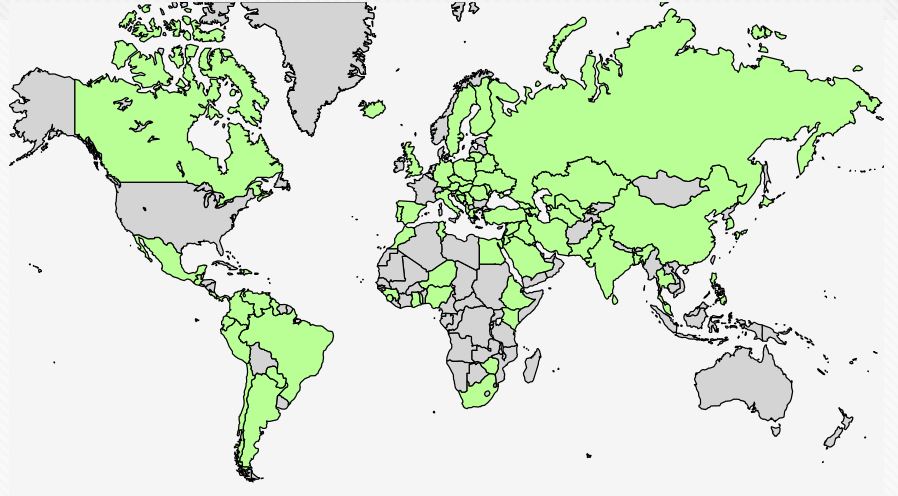 Mr. Schmitt is a leader in seeking judicial review over adverse decisions in waiver applications as well as other immigration benefit applications.

Matter of A-V-, ID# 1949935 (AAO Dec. 27, 2018).   Lead counsel.  Successful USCIS Administrative Appeals Office (AAO) appeal seeking review of a USCIS denial of an I-612 hardship waiver application for a physician.  The AAO found that the doctor’s spouse, a U.S. permanent resident, and her U.S. citizen children “would experience hardship that significantly exceeds” the typical suffering stemming from the temporary separation of families if the doctor is required to live in India for two years.

Alabbady v. Tillerson, 17-cv-464-MWB (M.D. Pa. Filed March 16, 2017). Lead counsel. Administrative Procedure Act (APA) suit seeking review of a DOS not-favorable recommendation and DHS denial of an I-612 hardship waiver application for an applicant subject to the two-year foreign residence requirement based on graduate medical education. Both agencies immediately acquiesced to the grant of the waiver and the suit was voluntarily dismissed after the clients received the waiver.

Meouchy v. Tillerson, 17-cv-466 (D.D.C. Filed March 15, 2017). Lead counsel. APA suit seeking review of two DOS not favorable recommendations and a DHS denial of two I-612 hardships waiver applications for two J-1 medical doctors. During the course of the litigation, one of the J-1 physicians sought and obtained a Conrad 30 waiver. The government said they would not issue him his hardship waiver application post Conrad 30 grant. This unlawful policy of “one waiver to a customer” was challenged, and the government ultimately acquiesced to the grant of both waiver applications. The suit was voluntarily dismissed after the clients received the waiver.

Sardarli v. Johnson, 16-cv-00112-KBJ (D.D.C. Jan. 21, 2016). Lead counsel. APA review of DHS denial of employment based adjustment of status cases for husband and wife for lack of fulfillment of the two-year foreign residence requirement. DHS immediately acquiesced to the grant of the AOS cases. Suit dismissed shortly after arrival of green cards. Note that Mr. Schmitt has successfully won many fulfillment cases administratively without the need to seek judicial review.

Castillo v. Johnson, 16-cv-01784 (D.D.C. Sept. 6, 2016). Lead counsel. This was an APA review of a DHS denial of an I-612 persecution waiver application. The government immediately acquiesced and granted the waiver. The suit was voluntarily dismissed shortly after the clients received the waiver.

Schmitt v. Johnson, 16-cv-02051-RC (D.D.C. Oct. 14, 2016). Lead counsel. This is a broad-based challenge against a spate of 10 requests for evidence (RFEs) and one denial from the California Service Center (CSC) in I-612 hardship cases. CSC was sitting on 6 RFEs for several months. The government lawyers were presented with a draft motion for a temporary restraining order giving them two weeks to move the case forward prior to filing. They complied and the suit was voluntarily dismissed. The firm has not received waves of frivolous RFEs since the resolution of this suit.

Schmitt v. Johnson, 16-cv-00864 (D. Md. Mar. 22, 2016). Lead counsel. First Amendment lawsuit challenging the requirement to read three dense paragraphs of text to our clients before they sign the I-612 form. The government lawyers were presented with a draft motion for a temporary restraining order giving them one week to change the form. The form was changed within 4 business days. That suit was voluntarily dismissed after the new form was released.

Khan v. Kerry, 14-cv-01338 (C.D. Cal. Filed Feb. 20, 2014). Lead counsel. APA suit seeking review of DOS not-favorable recommendation and DHS denial of an I-612 hardship waiver case. Both agencies immediately acquiesced to the grant of the waiver and the suit was voluntarily dismissed after the clients received the waiver. In this case, we also challenged the DHS and DOS regulations that make J-2s subject when the J-1 is subject. Those regulations are inconsistent with the plain language of the statute and both regulations were not properly promulgated under the APA. That count created significant leverage to win the waiver. This suit was ultimately dismissed after the waiver was received.

Afato v. Clinton, No. Civ. S-10-0060 (E.D. Cal. Filed Jan. 8, 2010). Consulting counsel. APA suit against DOS and DHS seeking review of an I-612 hardship waiver denial. The case originated with our firm. Robert Gibbs litigated the case. The firm consulted throughout the litigation. After two years of hard-fought litigation, DOS acquiesced and the waiver was granted.